Overview of US indices.

US ETFs and Index Funds

There are several indices involved in the US markets similar to the Indian counterparts Sensex and Nifty. As with India most of the ETFs and mutual funds you will find in the market will be either tracking these indices (Index funds or ETFs) or be benchmarked to them.

As with India there's several indices in the US though we will focus on some of the big ones.

This is one of the oldest indices in the US markets established in 1885 that measures the stock performance of 30 large companies listed on stock exchanges in the United States. The direct comparison to this index is the Indian S&P BSE Sensex 30 index though there are some key differences to the Dow and all other indices. This difference is very important and the reason why most people in finance consider this a poor measure of the market. The Dow Jones is not a free float index. What is a free float methodology? Courtesy: Investopedia, it's defined as

Instead of using the free float, the Dow Jones takes 30 stocks, adds the prices of each share in the 30 and divides them by a fixed value (that value as of 1st February is set to 0.152).

This is the big one. The S&P500 tracks the 505 common stocks (yes, 505 because someone companies like Google have multiple share classes both included) issued by 500 large cap companies across the US market. Unlike the Dow this index is built by using the free float market capitalization methodology and could be considered the flagship index for the US markets.

The S&P500 is a strongly diversified index compared to NASDAQ due to the NASDAQ having lower barriers to entry as compared to the NYSE which encourages startups and other newly minted corporations to first list on the NASDAQ over the NYSE. Since this index unlike the NASDAQ index tracks the NYSE as well it also covers several mature companies.

The S&P500 operates across the New York Stock Exchange, NASDAQ and the Chicago Board Options Exchange.

As briefly touched in the last index, the NASDAQ exchange has severely lower barriers to entry. Normally, exchange will have tests and if a company can satisfy all requirements under a single test they qualify to list. Furthermore, even post listing the company must satisfy market cap requirements. In the case of the NYSE companies must maintain a minimum market cap of $15 million over a 30 day trading period versus the NASDAQ requirement of 750,000 public shares outstanding worth at least $1.1 million.

What this means is that many of the smaller startups and growth based ventures flock to the NASDAQ to the listing and as of this post, most of them are tech companies. Investing in the NASDAQ can be considered a proxy for investing in high growth companies or even a bet on the tech sector.

The NASDAQ Composite Index operates across the NASDAQ.

This one is a fairly unknown index but it should not be underestimated. It tracks nearly 4,000 constituents across mega, large, small and micro caps and covers nearly 100% of the investable companies in the US. It is the benchmark index for Vanguard Total Stock Market Index Fund Admiral Shares (VTSAX), the world's largest fund by AUM standing at $1.08 Trillion as of this post.

There is some argument to be made that the overlap between the S&P500 and the CRSP US Total Market Index is very large and the allocation to non large cap stocks is very small to make an absolute difference in returns.

The Major Funds (US Domiciled)

Note: There are two major differences in which US funds differ from the funds in India.

Managed by State Street Advisors and launched on January 22, 1993, SPY was the first exchange-traded fund in the United States. The fund tracks the S&P500 Index. The fund has a net expense ratio of 0.0945% at the time of writing. The SPY ETF is one of the most liquid ETFs traded on the US markets and at the time of this post has an average daily volume of 70,208,796.

This high volume and low spread makes it incredibly attractive for people who may wish to deal in options, despite having a higher expense ratio than its Vanguard counterpart VOO. A popular strategy among SPY holders is selling covered calls to generate some spare income over and above the fund's returns. 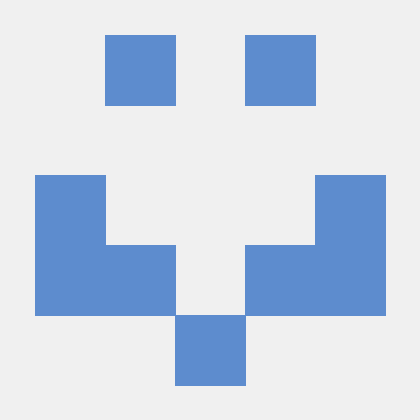