A government security is a type of bond issued by the Central Government or the State Governments. They are broadly classified into two main categories based on the duration.

Due to being issued by the government itself, these bonds are a form of sovereign debt and have low credit risk. The overall risk of a nation's bond can be assessed by looking at their sovereign credit rating which is an assesment of the creditworthiness of a country. For example, India's credit rating as of this article is BBB- according to Fitch and Baa3 according to Moody's which is the minimum grade required for a bond to be considered "investment grade". Furthermore, investors see full transparency of the investment process as the RBI conducts the auction for participants to see. As such these can play a crucial role in an investor's portfolio for long term wealth creation as a low risk debt instrument.

As mentioned in the previous section, these are short term money market instruments issued by the central government. Treasury bills (T-bills) offer short-term investment opportunities, generally up to one year and are issued by the RBI for managing short-term liquidity. Treasury bills can be issued in a physical form as a promissory note or dematerialized form. It is a promissory note with a guarantee of payment at a later date and is backed by the Govt of India and Reserve Bank of India hence assured yields and zero risk of default. Which means that these are zero coupon instruments that do not pay out any interest and instead the interest component is the difference between the price the face value and the price they are are sold at. They are available in four durations - 14 day, 91 day, 182 day and 364 day T Bills.

To formalize this into a formula that a bond trader may use: Annualized Yield = Interest for the duration of the bond * Modifier The first part of the formula can be understood as (Face Value - Issue Price) * 100 / Issue Price. Which in our example ended up being 2.88%. The second part of the formula is a modifier that would convert the yield from an absolute return to an annualized one. Mathematically this would be (365 / Duration of bond in days.). Comprehensively, the annualized yield works out to be Annualized Yield = [(100-P)/P]*[365/D]*100 where P is the price of issue and D is the duration in days.

These are very similar in nature to treasury bills, however these are issued with maturities shorter than 91 days. Introduced in 2010, they help the government manage their cashflows. For example, RBI recently announced the auction of a 48 day Cash Management Bill​

These are bonds issed by the government with fixed or floating coupon rates payable half yearly on the face value. There are a large number of bonds that fall under this category of bonds.

These are bonds where the interest rate is fixed for the entire duration of the bond and is set at the time of issue. Due to this they may have fluctuations in price on the secondary markets when there is a rise or fall of prevailing interest rates.

These are bonds where the interest rate is not fixed for the entire duration of the bond and is revised at fixed intervals by RBI. There come in two main types.

Retail investors also have the option to invest in Floating Rate Savings Bonds offered by RBI which are a simple way to hold government bonds for individual retail investors instead of FIIs/DIIs or HNIs. These are floating rate bonds offered by RBI. These are successors to the 7.75% Savings (Taxable) Bonds, 2018 which were fixed rate bonds issued by RBI with both cumulative as well as non cumulative options. The FRSB is however, only available in the non cumalative option and investment starts at ₹1,000 and in multiples of ₹1,000, thereof without a maximum investment limit. The interest is fully taxable at slab limits and the interest rates are set to revision by RBI every six months. The main thing to note is that unlike most other bonds these can not be traded on the secondary markets, nor can they be used as collateral for loans.

For some duration post the Global Financial Crisis, inflation was a major concern for most emerging markets. To alleviate this, RBI launched Inflation Indexed Bonds, these are bonds where both the principle as well as the interested rates are matched to the Whole Sale Price Index (WPI) or Consumer Price Index (CPI). On their release however, RBI had used WPI though currently the RBI has switched to using the CPI as their measure of inflation. Future issues are likely to be matched with CPI over WPI.

In recent years, much of the sheen of these are fallen with inflation levels falling much lower. The government has announced a couple of buy backs of these bonds providing investors an exit. Those familiar with the US bond markets will find this very similar to Treasury Inflation-Protected Securities or TIPS.

State Development Loans are securities issued by various state governments instead of the the central government. In theory based on the Basel III guidelines as well as RBI's Statutory liquidity ratio requirements, these are considered to be having zero credit risk. In the markets this is contested as there is often a premium over the central government's equivalent government security. The spread depends on the credit worthiness of the states in question and can vary from state to state. Since RBI is the facilitator for the state to issue such bonds they have the power to make payments to bond holders from the central government's kitty for the respective state.

These are very special types of bonds that do not function in a similar manner to the other bonds listed on this page. Instead they are pegged directly to the price of gold acting as a proxy to actually holding gold. Furthermore they offer 2.5% simple interest and capital gains for bonds held to maturity are currently zero. For more on this read up our detailed page on holding SGBs.​ 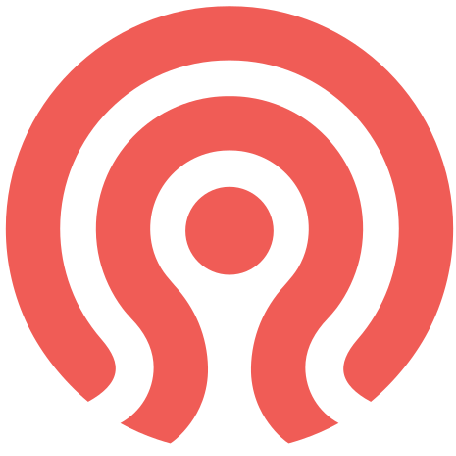